What is your hometown? Inglewood, California

Favorite teacher growing up: who and why? Mr. Yaron, who taught AP US History, and Mr. Klein, who taught me a course called Assimilation and Conflict in the Modern United States. Yaron had an incredible amount of personality; he brought you into narratives, and accepted it if you wanted you to challenge them. Klein was like the same thing — I don’t remember being told things in his class.

Describe yourself as a student in three words: Curious, participatory, and… hit or miss.

Pet peeve about class (student-led?) discussion? When a kid seems to think to himself, “thank God ____ spoke up so that I can just agree with her.” So, when a classroom culture leads to students just relying on a student to tell them what to think in the absence of a teacher doing so.

Favorite moment of class discussion? When students are starting to make beyond-surface observations of a text — when it’s a civil argument or disagreement that arises out of exactly the same text or source material.

Biggest challenge to good discussion in a virtual classroom? Students have more license to be absent or distracted from a discussion when they’re not physically present in the room together.

Text you count on to inspire conversation? The Communist Manifesto is one that I can always count on, or Binyavanga Naiwaina’s How to Write About Africa.

What do you nerd out about? Culturally impactful movies; hip hop; Ottoman politics in the late 19th century (that one, especially, makes the kids think I’m weird)

What is your wish for this world? This is silly but… I wish that this virus will tone down enough for volleyball season to begin in the fall. I coach a boys’ team at a local public school, and I’ve really, really enjoyed that part of my week.

When historians recount 2020, what will they be especially fascinated by? They’ll be fascinated by the gap between the rhetoric and reality of American exceptionalism right now. They’ll also be appalled by how little outcry their is about the unequal racial and economic impacts of this pandemic.

One prediction for the future of schools? Especially after online learning is over, I think we’re going to rediscover the use of a lot of pre-tech tools that we’ve set aside recently.

Best advice given to you by a department chair or supervisor? Be able to defend each decision that you make; everything should have a purpose.

Educator-Influencer you count on? First place you turn for classroom advice? My department chair from when I worked at St. Mark’s School in Texas, Dr. Byron Lawson (now head of Trinity Prep in Winter Park, FL) is who I seek out after familiar colleagues and friends at my own school. I have also, lately, sought out YouTube series about adapting to online learning; I like Edutopia, and I’ve used some of the online resources from the Lawrenceville school, too.

Better classroom discussion will reimagine what History is for students who don’t like memorizing dates and facts. 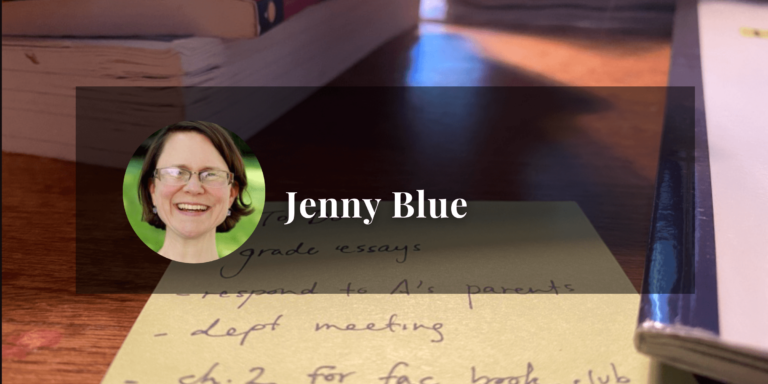 “I love the silence when we’re all together in a moment when someone’s said something that really lands. It’s an ineffable presence, not even contained in a voice. We’re all considering or holding something together — it’s that intimate kind of silence where you don’t need to speak. I teach for those kinds of moments.”

“One thing I love is when a student has that a-ha moment where they connect the concept we’re discussing with some kind of real world knowledge where the text matters. I also love when a student really listens to learn and then states that he/she has changed his or her mind.” 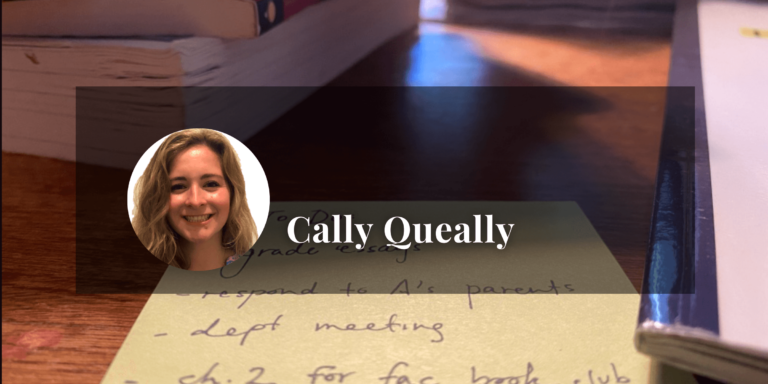 “I’ve kept that with me as a teacher: I want my students to feel like I believe in them and trust them, that every challenge I give them is designed to lead them to success.”

“For me, especially as a young teacher who’s still trying to figure it out, I’ll have students who will try to take the conversation in a completely different direction than what I had planned. Then I start to get worried, and I feel I have to reel the entire class back in. My mentor, though, challenged me to let it happen and then take advantage of the tangent. I’m trying to learn to do that, instead of letting it bother me.” 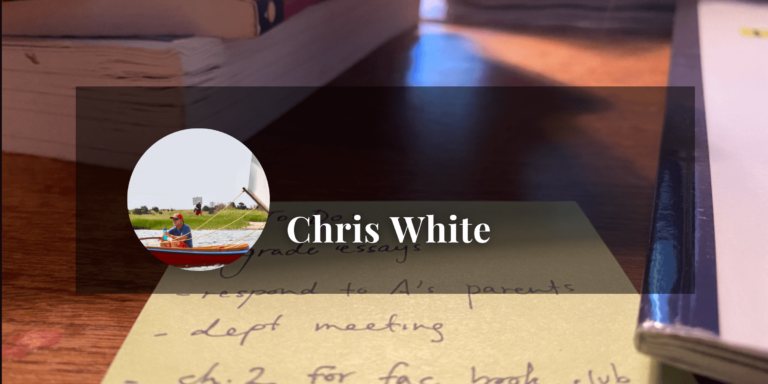 “We don’t “team teach” but we’re on each other’s team, if that makes sense.”