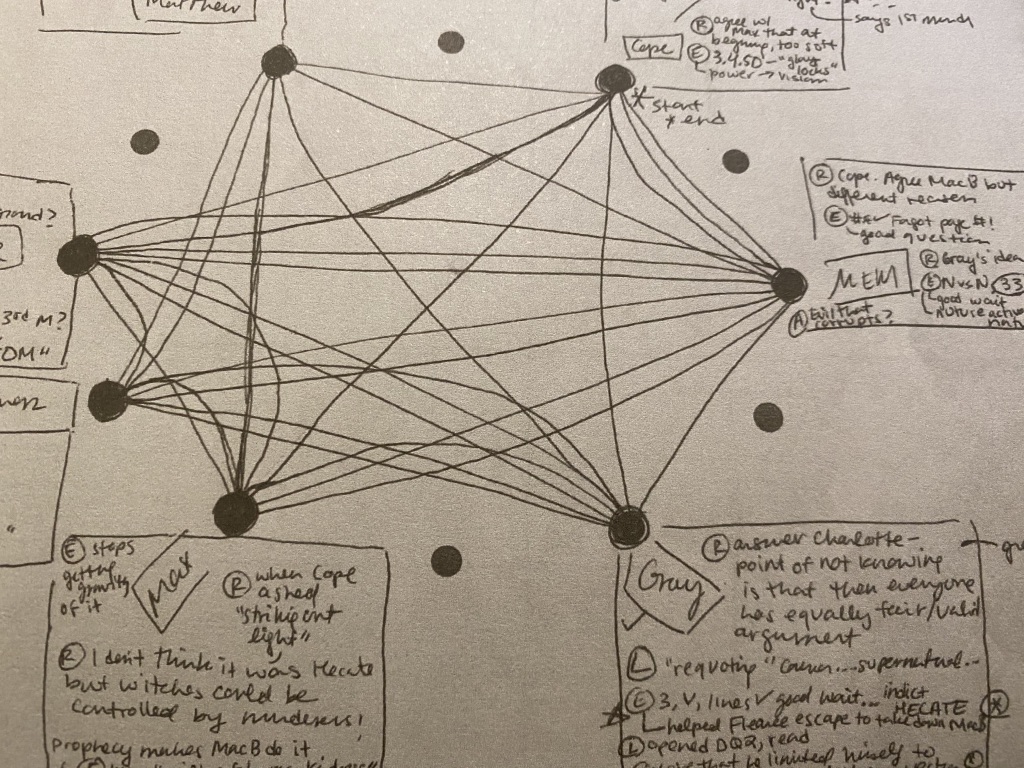 Beyond the Syllabus posts offer a round-up of resources that are “practice-adjacent,” as Katherine often says. We offer recs for podcasts, fiction and non, and TED talks that offer delightful – if surprising – ways to rethink or enrich discussion practice. For this week’s edition, we’re bringing together three resources to help you (and your students) think through current events, anxieties, and cultural touchpoints from a different angle.

Opinion Devi Lockwood, “What Does it Mean for a Whole Nation to Become Uninhabitable?” The United Nations climate change report came out this summer, and your students will be thinking about it. While any citizen who follows the news will know the basics of the report, we encourage educators to read commentary and responses to the report from a broad collection of sources in preparation for those discussions. One response that’s particularly useful for classroom conversation is this excerpt from Lockwood’s forthcoming book, published last week in the New York Times. We imagine students responding to the global, but intimate perspective that the piece presents, which can draw them into specific, community impacts and responses to rising climate change, and can empower them to think critically and thoughtfully about Lockwood’s central question.

Podcast “We are supported by… Kim Kardashian West.” Award-winning podcaster Monica Padman and her best friend, award-winning actress Kristen Bell, recently launched their podcast, “We are supported by…,” and they described Kim Kardashian West as a “dream guest.” Followers of both women’s work were skeptical. But, true to the mission of their podcast, Padman and Bell invite Kardashian West onto the podcast to tell her story, and it caused us (and thousands of other listeners) to question not only how profoundly Kardashian West is misjudged in culture, but also, more broadly, how pernicious the force of media can be in casting its characters. Bell’s and Kardashian West’s bond is built out of mutual interest in criminal justice reform, and Kardashian West’s description of her thirst for learning and disciplined, humble work toward a law degree can be upheld as a model for adults and teenagers alike. We recommend the podcast not only for its entertainment value but also for its direct interruption of some of pop culture’s most entrenched biases.

Timeline(s) Students also arrive back to school with bits and pieces of news in their minds about the United States’ withdrawal from Afghanistan. While engagement with students’ feelings and opinions about the present tense is vital, so too is a comprehensive understanding of Afghan history, both including and apart from British, Soviet, and American involvement. It’s important to note how difficult it is to find timelines or materials about this history in English from an Afghan or Arab perspective online, and to consider, while reviewing materials, the gaps that they show. This PBS timeline and this Oxford Reference entry give a longer history, and this Associated Press timeline catalogs the last four decades of war in Afghanistan. Arwin Rahi’s 2020 opinion article for The Diplomat introduces some outcomes of the Anglo-Afghan war, especially around entrenched terminology used in English to speak about the conflict. We encourage teachers to read histories of the region and come prepared to offer students – none of whom, in middle and secondary school, will have been born before 2001 – context that they may not otherwise hear at home and in the news.

This week, we feel challenged by Paul Zak’s work on trust in the workplace, Leyla Alipour’s protocols for boosting student creativity, and NYU press’s forays into online discourse in the Digital Humanities.

This week’s roundup asks us to question the structures of our classrooms, especially discussion-based classrooms, and to consider several new approaches to familiar work.