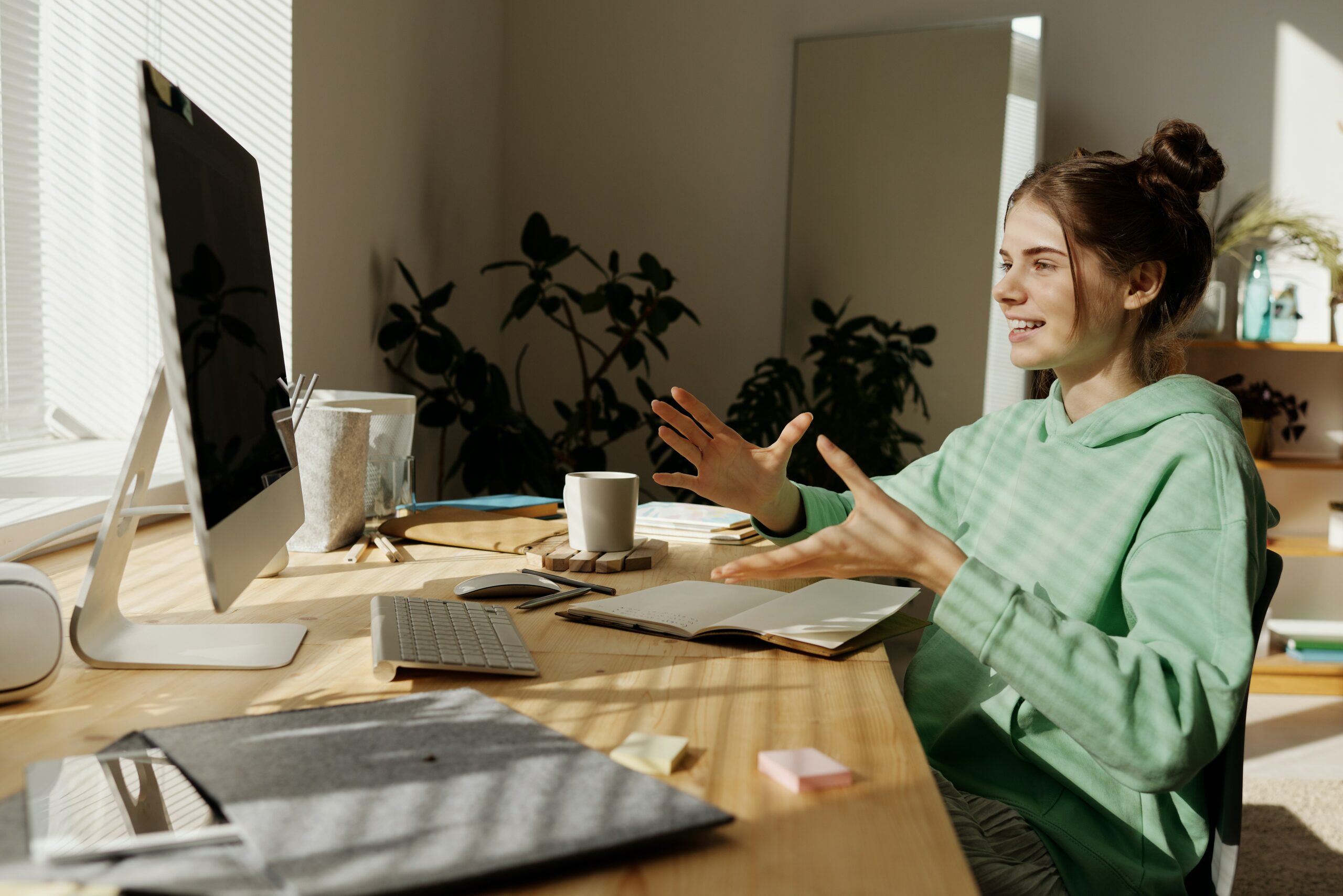 Whatever they’re called, members of the generation currently ascending into adulthood are often characterized by their affinity for and reliance on technology. This makes sense: born sometime between the late 90s and early 2010s, members of Gen Z are the first to have grown up in a fully connected world.

That “digital nativity” has affected their worldview, and it has led to myriad assumptions, hot takes, and misconceptions from older generations about the ways in which Gen Z communicates.

It’s important for anyone interacting with Gen Z – whether at home, at work, or in the classroom – to understand the communication-related preferences and frustrations of this generation. We tapped three R.E.A.L. team members – all current college undergraduates and card-carrying “Zoomers” – and asked them: what do you wish “adults” knew about how Gen Z-ers communicate?

Here’s what we learned.

*Note: the views expressed herein are those of the R.E.A.L. team members only and do not claim to speak for the generation at large

Gen Z-ers frequently use text-based and social media to communicate, but that’s not necessarily their preference.

Our team members agreed: text-based communication channels are often the easiest, most efficient ways to communicate. “I most often use text to communicate with my friends and family when I’m not with them in person,” says Social Media Intern Julia Romero. “With coworkers, I also primarily use text or text equivalent applications like GroupMe.” Similarly, Intern Program Director Rose Kiefer mostly uses iMessage, email, Snapchat, Instagram, Slack, Zoom, and LinkedIn, and Special Projects Intern Francesca Chirco communicates with friends mostly via text message, FaceTime, or phone calls.

“I prefer to talk in-person,” says Francesca. “If that isn’t possible, I prefer FaceTime or a phone call. I think that when you can’t hear the way people are speaking to you, a lot can get lost in a text.”

Julia, too, prefers in-person conversations. “It depends on the situation,” she explains. “In-person is my first choice, but sometimes when my social battery runs out I would rather use other forms of communication.” For Julia, these other forms of communication typically include text or email. “I prefer text over other social media platforms like Snapchat with my friends,” she says. “When it comes to more professional conversations, I do admit that I would rather email my professors for an answer rather than attend their office hours in-person.”

In-person discussions are refreshing after years on Zoom

It may not come as a surprise that our interns all enjoy communicating in-person.

“I love in-person discussions,” says Franesca. “I think they are more productive in getting things done, and it also makes people more respectful of each other, as they are speaking directly to someone instead of to a screen.”

According to Rose, Gen Z-ers crave the connection in-person conversations provide. “I’ve witnessed some of my hybrid discussion-based courses thrive in person and struggle via Zoom,” she says. “I think the older half of Gen-Z is used to an in-person environment, so [after having] had to go online for nearly three years, I am confident in saying that a lot of us are happy to be in-person to communicate whenever possible.”

I am confident in saying that a lot of us are happy to be in-person to communicate whenever possible.

While Gen Z may be happy to communicate in person, doing so may at times be uncomfortable, unnerving, or down-right anxiety-provoking. “In high school, in-person discussions made me feel very anxious,” says Julia. “I was never confident enough in my own opinion to feel comfortable sharing it with my other classmates.”

For both Julia and Francesca, discussion skills were not necessarily taught; rather, they were skills that each learned on her own.

“I went to a public high school that was great for my area, but which focused less on learning tangible communication skills and more on getting through core curriculum,” says Francesca. “Many of the skills that I learned about in-person discussions I learned from my extra-curricular activities and from my parents.”

Many of the skills that I learned about in-person discussions I learned from my extra-curricular activities and from my parents.

Julia had a similar experience. “I do think that high school prepared me in terms of knowing what I needed to do to have a productive conversation, but it was up to me to build the self-confidence to speak up in class,” she says. “I think the majority of the change between my anxiety to speak in high school discussions vs. my comfort in the classroom now has been dependent on my own personal evolution.”

When reflecting on the misconceptions older generations might have about their communication skills and preferences, each of our team members painted a common picture of the disconnect between the perceived tech-savvy Gen Z-er and reality.

“I think many ‘older folks’ believe that we don’t want to communicate or have in-person discussions,” says Francesca. “But that’s not true. It is just increasingly hard to do so, as more people switch over [to digital media[ and don’t have the skills [for in-person conversations] readily available. It is much easier to send a text or a snapchat, especially when it is a hard or controversial topic one is discussing.”

“I think a lot of older folks believe we are on our phones and devices way too much, and that we don’t converse enough in-person,” agrees Julia. “The difference is that a lot of the time we are on our phones, we are in fact communicating with others, even in more widespread ways than they would expect.”

Indeed, Julia sees value in the breadth of communication channels and tactics available to her and her peers. “My generation has come to be known for our passion and drive for certain social movements,” she says. “We have adapted to have conversations on a much wider scale than before. I wish ‘adults’ knew that most of us do agree that in-person conversations are the most productive form of communication, but that social media and our phone activities have given us a wider audience to communicate with. We’re able to communicate with people across the world with different perspectives and learn many different things that could not be done with just in-person conversations.”

My generation has come to be known for our passion and drive for certain social movements. We have adapted to have conversations on a much wider scale than before.

As they’ve learned to interact with one another digitally, Gen Z has developed its own set of norms and niceties that dictate social interactions. “I’ve found parents and teachers don’t understand the tone of how Gen-Z communicates online,” she says.

While Gen Z-ers likely won’t spend any less time on their phones or computers any time soon, our interns agreed on something else: that in-person communication and the value it offers isn’t going anywhere.

“As the world continues to evolve and technology becomes an even stronger force, we cannot forget the power and magic of in-person, true discussions,” says Francesca. “There is nothing comparable to speaking to someone face-to-face to catch up, solve an issue, or learn from each other.”

Julia agrees. “I do think that current young people and future generations cannot forget the power of in-person communication,” she says. “Being able to communicate your ideas effectively to another person is extremely important in every aspect of life. While online and virtual communication is powerful on a large scale, it cannot replace strong interpersonal relationships with others.”